Gasteria batesiana, also known as Knoppies Gasteria, is a succulent plant that you can grow in your garden or inside your home. Gasteria, which comes from the Greek Gaster, meaning stomach, and Bateinein, meaning to eat, are found all over southern Africa. Gasterias best thrive in a bright sunlight area with good drainage and soil that is rich in organic matter. Gasters have thick leaves with a smooth texture and come in many colors including browns, greens, reds, and even purples.

Gasteria batesiana is from South Africa. It has an attractive, thick stem that is covered in tiny bumps and it has leaves that are arranged in pairs. Gasteria batesiana can grow up to 20 cm tall and produces flowers on the end of long stems. It likes bright light, high humidity, warmth (minimum 10 degrees Celsius), and well-drained soil. Gasterias make excellent houseplants because they require little maintenance!

In this blog post, I will talk about Gasteria batesiana’s common features along with how to care for it so that you can enjoy this beautiful plant at home! 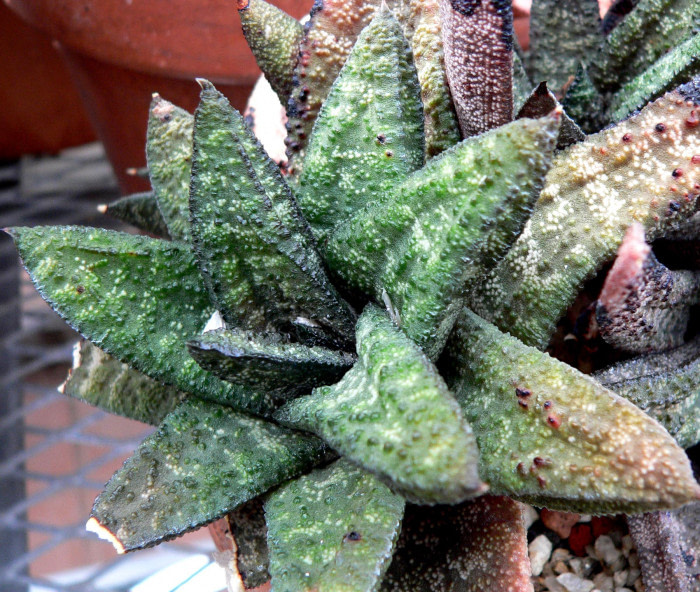 Gasteria batesiana is native to South Africa, where it occurs from northern KwaZulu-Natal westward as far as the Eastern Cape.

Gaster means stomach or belly while -aria means belonging to, which is related to the plant’s appearance resembling bellies or stomachs.

The propagation methods that work best for Gasteria batesiana are seeds, leaf cuttings, and offsets. It is not recommended to propagate the plant through stem cuttings because this method does not yield great results when it comes to succulent plants.

Gasteria batesiana can be propagated by seed or cuttings. Seeds should only be sown when the plant is dormant, as seeds will ferment if they are too wet and cause problems with damping off (the fungal infection that kills young plants) and rots.

Seeds are the best method to propagate Gasteria batesiana because of how easy they make growing new plants. When using seeds, it is recommended that you sow them between September and December (summer) or March and May (winter). During this time frame, the germination rate of seeds can be as high as 80%.

Leaf cuttings are the second best method to propagate Gasteria batesiana because of how easy they make growing new plants. When using leaf cuttings, it is recommended that you take them between November and January (summer) or June and August (winter). During this time frame, the survival rate of plants from leaf cuttings can be as high as 90%

Offsets are a great way to propagate Gasteria batesiana because they do not require much work and have low mortality rates when being transplanted. It is recommended that you plant offsets in moist soil during the summer months and let them dry out during the winter. Offsets can survive in these conditions for up to two weeks before needing water again.

Gasteria batesiana cuttings can be taken year-round, but they root best in spring and summer. Some gardeners recommend taking them between early autumn and mid-winter to give the plants a chance to acclimate before being exposed to full sun after rooting, which may reduce rot risk. However, many growers have had success rooting cuttings at other times of the year.

Gasteria batesiana is a xerophytic or succulent plant that can grow in full sun to part shade. In the wild, it will be found from open rocky slopes and grasslands where conditions are sunny all day long with hot summers and cool winters. This species can tolerate full sun and, in fact, is more likely to develop the best leaf color when grown in a hot sunny location. However, it may be grown successfully under light shade as well.

A sandy, gritty potting mix is preferred for this plant in the summer when it grows.

Gasteria batesiana needs well-draining soil. If your plant doesn’t get enough air and water through the potting mix, it will rot off in no time at all. It grows best when planted directly into an open draining cactus or succulent compost (e.g., 50:50 mixture of soil and sand).

Gasteria batesiana is a succulent plant that requires low water. You should not allow the soil to dry out completely between watering, but also don’t let it become too soggy either! Overwatering can lead to rotted roots and root rot pathogens such as Pythium. Soil mixes with high peat content are especially likely to cause this.

Gasteria batesiana is also sensitive to fluoride, which can build up in the soil and damage plant roots (Puerto Rico Agricultural Experiment Station). You should use distilled or rainwater for watering your Gasteria batesiana if you find a problem with too much fluoride in your tap water.

The best time to water your Gasteria batesiana is in the morning so that excess moisture can evaporate before nightfall, which will help prevent fungal diseases (University of Vermont Extension). If you do not have time to water them in the morning, try giving them a little drink at dinner or watering overnight instead.

Gasteria batesiana enjoys small doses of fertilizer. Use a balanced, slow-release granular plant food (20-20-20) in the spring and summer when actively growing. Apply at half strength every three months during these seasons to supplement natural rainfall for best results. If your succulent seems to be missing some green color, try using a time-release fertilizer once every two to three months.

Gasteria batesiana likes high humidity levels. This means that it needs plenty of water, but the soil should become dry between watering times. Keep in mind, however, that do not let Gasteria go for too long without water; this will cause the plant to lose its roots (which is deadly). The ideal humidity level for this plant is anywhere between 40 and 60%.

When pruning this plant, take care not to damage the main stem. However, you can remove dead leaves and old flower stems if needed.

Prune in spring after new growth appears on your Gasteria batesiana. If necessary, only trim off brown or dying tips of a branch’s foliage with sharp shears.

One common question about succulents is when to repot them. Succulent plants are generally forgiving in their growing conditions, so you can often get away with not doing anything for quite some time if the plant seems healthy and happy. However, it’s good to know what signs indicate that your plant might be ready for a change of scenery.

This species is winter deciduous, meaning it goes dormant during the coldest months of winter to conserve energy. During dormancy, plants are generally kept dry with little water and less fertilizer applied.

Gasteria batesiana is a striking plant with unusual flowers. The narrow green leaves are covered in fine hairs, giving them the appearance of being made out of velvet. Typically only one flower stem will arise from each rosette but occasionally you’ll have two or three side by side which look especially good when they reflect light in different ways.

The flowers themselves are spectacular with their long slender spurs and tiny yellow petals which look like stars in the throat of a cactus flower. There is something very elegant about them, reminiscent of delicate orchids found growing deep in dark forests rather than hanging out on the roofs where Gasteria batesiana tends to be found.

Gasteria batesiana is not a very fast grower, but it will offset to form small clusters.

Gasteria batesiana is toxic to dogs, cats, and horses. They may also be harmful if ingested by humans. Skin contact with the sap can cause dermatitis in some people.

Gasteria batesiana is a succulent plant that can be grown outdoors in USDA Hardiness Zones 9-12.

Gasteria batesiana is susceptible to mealybugs, but they are easy to treat. If you see any signs of rot on the plant, it may be necessary for treatment with a fungicide. If the leaves have brown tips it may be time for extra water or fertilizer in order to encourage new growth. Check the plant regularly to try and prevent any potential problems.